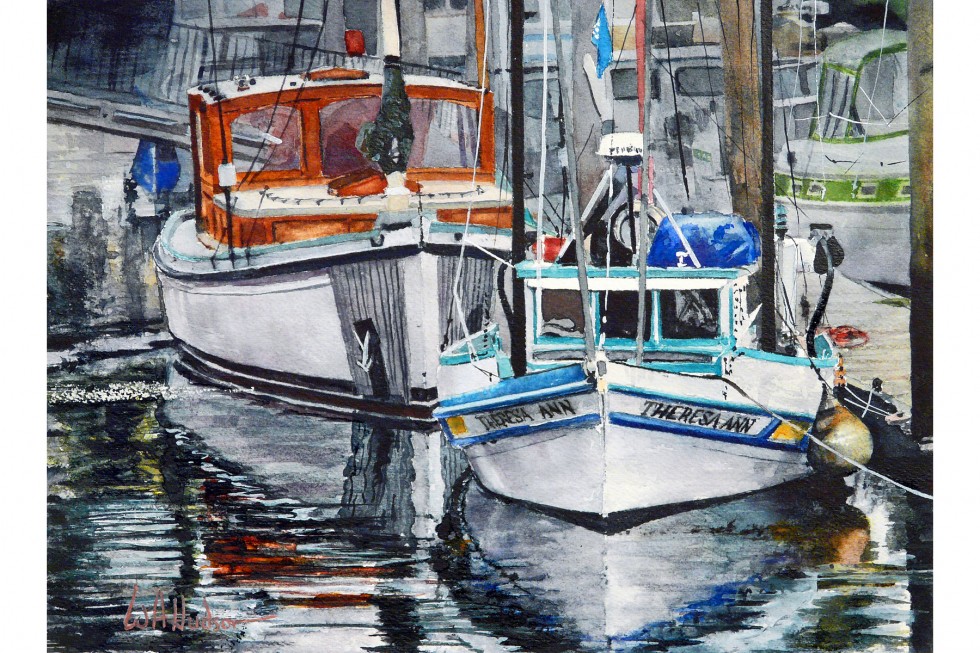 “This 28-foot Monterey fishing boat, owned by commercial fisherman Mike McCorkle, was built in 1926 in San Francisco. These beautiful boats were once the primary vessels in San Francisco’s crab, salmon and shrimp fishing fleets. Monterey boats were introduced to California by Italian immigrants around the turn of the century. They were built without plans and without caulking, except for the seam between the keel and garboard strake. These vessels are very stable even when fully loaded. Theresa Ann is built of cedar, white oak, and iron bark. Originally this had a one-cylinder, eight-horsepower engine weighing 5,000 pounds, including a 400-pound flywheel that had to be cranked by hand to start the engine. Fishermen had to stop every hour to squirt oil on engine parts while it was running.”   Ref Mike McCorkle