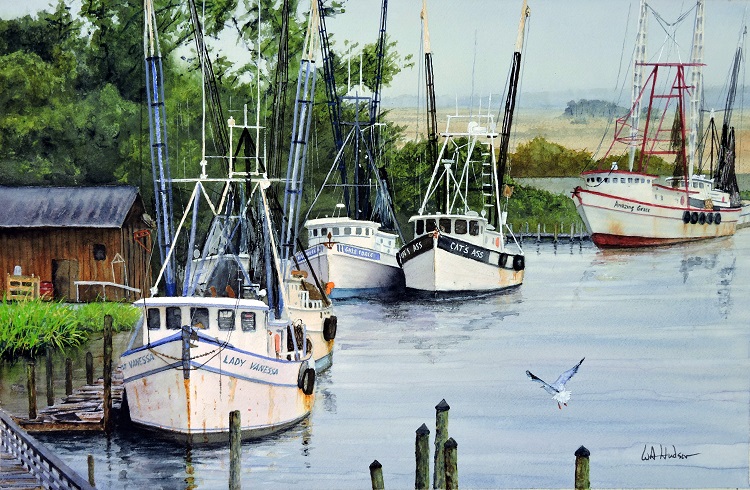 The port of Darien, with a population of 2,000, is on Georgia’s coast 10 miles from the Atlantic Ocean near the mouth of the Altamaha River, 50 miles South of Savannah. Founded in 1736, by 1820 Darien became a prominent seaport for shipping rice and cotton. But, in 1863 during the Civil War, Darien was looted and destroyed by Union troops. After rebuilding, Darien became a leading lumber port, shipping yellow pine and cypress from 1870 to 1900. As timber depleted, Darien became a fishing village with one of Georgia’s largest shrimp boat fleets.